A Context for Providing Feedback 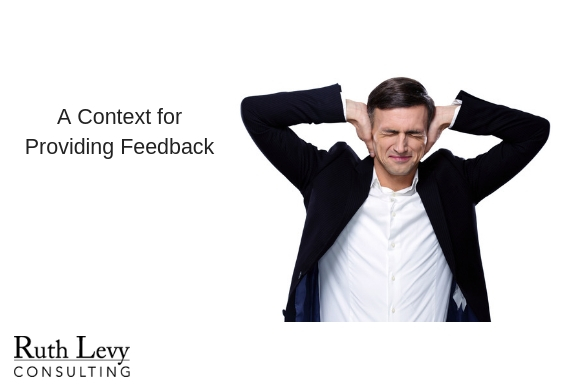 This week I conducted a restorative mediation involving a staff member who has worked in the same profession (albeit in different organisations) for nearly 50 years. He was provided feedback by a relatively new manager in their current organisation. Perhaps the staff member had received similar feedback over the course of his career and this was the first time he had really ‘heard’ it; or perhaps the feedback had never been given to him before. Either way, he was devastated and bewildered by the feedback. He told me he felt “broken” and “kicked in the guts”.

This article is not about how to have difficult conversations (language, tone, etc). Rather these are five suggestions to support difficult discussions:

1. Have regular ongoing dialogues with staff: If feedback is given as a once-off isolated event, it is unlikely to be well received. Weekly ‘check-ins’ with staff (particularly with staff you get on with the least) starts to build resilience in working relationships. I appreciate most managers may already feel overwhelmed by the number of meetings they have each week, but I’m talking about a ten minute ‘check-in’ each week – “Are you okay?” “How are things going?”

2. Raise issues within 24 hours of the issue arising (or as soon as possible): This is a common inclusion in almost all of my mediation agreements. To avoid carrying grudges and making incorrect assumptions, discuss an incident as soon as possible after it occurs. There are often many sides to a story and the longer it takes to discuss an incident, the more likely the story will become inflamed and distorted.

3. Don’t assume people in meetings actually ‘hear’ the feedback: My experience as an HR Manager is that most people are in shock when they are given negative feedback or when performance or conduct issues are raised for the first time, no matter how well it is done. Our natural instinct is to shut down and become defensive and very little is actually heard during these types of discussions. When the person receives written confirmation of the discussion (via letter, email, file notes, etc) ‘the penny finally drops’, enabling them to properly comprehend and process the information. This also starts an important paper trail in the event that the behaviour continues.

I recall as an HR Manager during a performance management process that the written confirmation was only finalised by the line managers a week later. As it happened, the staff member denied that certain things in the written document were stated at the meeting. We needed to immediately call a further meeting to repeat exactly what was said at the former meeting.

5. Feedback is more likely to be heard if a person feels intrinsically valued: Building value is not about simply stating (or clicking the reply button on an email saying) “thanks, you’ve done a great job.”

We all know how important it is to show gratitude and provide positive feedback to people, yet how many of us actually take the time to do this properly and at length? What I’m proposing is spending 5 minutes or longer describing in detail to the person what you value about them. The humanistic psychologist Carl Rogers described the concept as ‘Unconditional Positive Regard” which creates the best possible conditions for personal growth.

Another agreement I include in most restorative mediations is the following agenda item to commence each weekly ‘check-in’: “Acknowledge appreciation of each other for something you may have heard or observed about the other during the past week.” This enables people to shift their focus to start gradually noticing and observing positive things about the other during the week. In Gestalt theory this is called shifting our attention from our Field (Periphery) into our Focus.