The Risks of Speaking Up 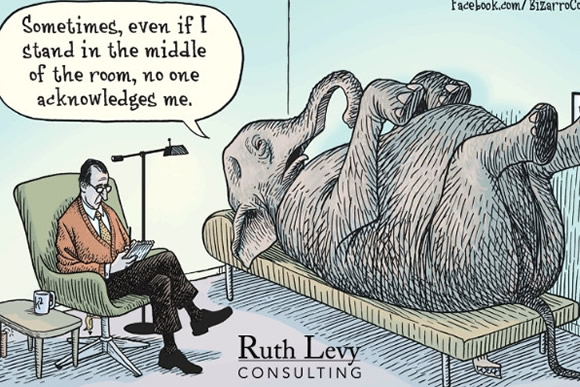 The phrase ‘Disrupt HR’ (or being employed as a ‘Disruptor’) is becoming increasingly trendy these days. But what does this mean for you?

Human Resources titles are gradually changing to ‘People and Culture’, placing enormous responsibility on the HR function to take ownership of the cultural climate within organisations. However, changing an organisation’s culture is ultimately everyone’s responsibility and is easier said than done.

If an organisation does not have inspiring and emotionally intelligent leadership, HR may struggle to even have a voice to influence change. In toxic workplace cultures, where CEOs are part of the problem, and HR is either not heard or unwilling to recognise the magnitude of the issues (or their responsibility in dealing with these), the result is often a ground-swell of disengaged staff who regard HR as ultimately ineffectual and part of the problem.

Staff who survive in these kinds of workplace cultures prefer to “keep their heads down” and succumb to being “non-disruptive” in order to endure.

Here are a few subtle ways in which HR and Managers are discouraged from speaking up, although there are many more:

After speaking up, slowly being isolated and excluded from important meetings and events or being overlooked for career development/progression opportunities. This is called ‘white-anting’ in Australia. From an HR point of view, this would involve not being provided relevant information or being excluded from key meetings which have workplace relations implications.

Gender issues: If a workplace culture is blokey with a “boy’s club” mentality, it is very challenging for female managers to speak up. In these environments, women can quickly get labelled as “opinionated.” Have you ever heard of a man with opinions being described as opinionated? Is the adjective “opinionated” even ascribed to men?

Cultural issues: There may also be a cultural heritage element to encouraging submissiveness as well:

When I first arrived in Australia, I was given feedback by a manager that I was “too direct”. As a South African, I’d never heard this before. In my experience in South Africa, there was no such thing as being “too direct”. Generally speaking, South Africans are direct.

What I gathered was that being indirect involves gently “tiptoeing” around issues and using cautious language. So, for example, instead of saying “this is what I believe needs to be done”, it was preferable to say, ”I’m wondering if, perhaps, we could consider looking at things, I guess, from a different view…”

As one of my influencers, Brene Brown states:

“Clear is Kind. Unclear is Unkind.”

From my cultural heritage perspective:

“Direct is clear. Indirect is Unclear”.

In a different workplace, a CEO told me that I was not “political” enough. By this I assumed he meant that I was not manoeuvring and manipulating the power brokers in the organisation to get them on side. I took this feedback as a compliment.

Being in HR is demanding enough without needing to play the politics. The best workplace cultures have the least politics, encourage input and feedback and transparent and collaborative decision-making.

Naming ‘the Elephant in the Room’

There is one ‘disruptor’ that HR and all managers/leaders are responsible for at the very least – to name the ‘elephant in the room’. Without doing so, how can anything change?

During restorative mediations, group mediations, coaching, training or facilitation, I often find myself as the consultant needing to ‘name the elephant in the room”. I appreciate that sometimes feedback is more likely to be heard if it is delivered by an external person, rather than internally.

A few examples of reoccurring ‘elephants in the room’ I have encountered are:

How to Name “the Elephant in the Room”

It goes without saying that speaking up about ‘the elephant in the room’ is more likely to be heard if:

If the feedback “falls on deaf ears”, I recommend the issues are escalated up the line-management chain, including to the Board of Directors if the CEO is part of the problem. If nothing changes, start looking for another job!

I appreciate that it may be risky for HR to speak up, particularly if this puts their jobs at risk. But if HR can’t speak up, who can? If HR is not encouraged and empowered to courageously speak up, then expecting them to genuinely be responsible for ‘People and Culture’ is merely a fancy title.

I’m wondering if, perhaps, this blog post is too direct.